BC Wildlife Park ~ Sheba the Grizzly ~ Kamloops, BC, Canada

BC Wildlife Park will never be the same again. The beautiful grizzly bear, Sheba, the one I consider the reigning matriarch of the park for many years, has passed away. She lived a long 35 years, which is more than most grizzlies live to be, but the aches and pains of arthritis that she’s had to endure the past while has not been easy to watch. 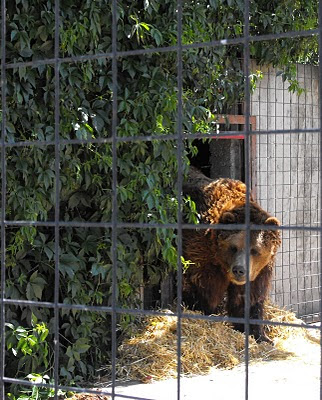 Sheba the Grizzly Bear
Sheba and her brother Shardik were adopted by the park many years ago after they became orphans. They had become troublesome in their natural home and were going to be killed but were saved by a bear biologist in UBC and studied for their diet. When the research was done, they were sent to the BC Wildlife Park and have been here ever since. 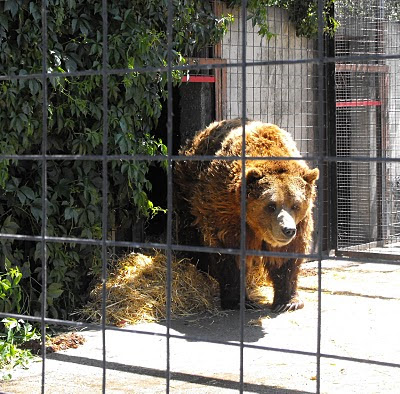 Sheba comes out to enjoy the sun
It took a lot of time and effort for Sheba to be able to come out of her den to soak up some of the sun with her brother Shardik.  They have open access to the nearby pool to lay in for cooling off on hot days or the large yard with shade that they can wander about, but they seem to be just fine in this area. 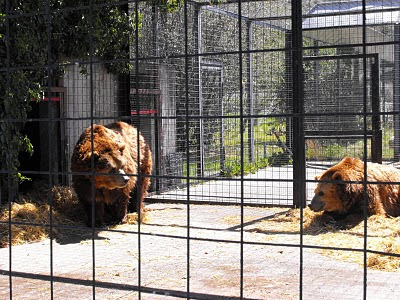 They’ve been together all their lives and there is no doubt that Shardik, who also suffers some aches and pains, will miss her terribly. They have outlived any expectations and so we were able to enjoy them for many years. 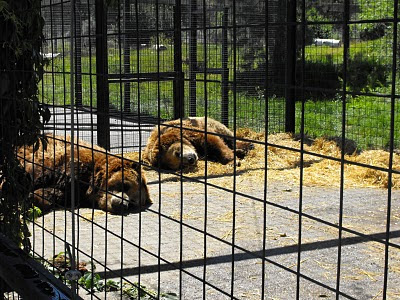 Sheba and Shardik napping in the sunshine
On a recent visit to the park, we watched both bears as they tried to move about and it was done with very slow movements. They would take a long time to move at all, and so never got too far before they would lie down and have a nap in the sunshine. 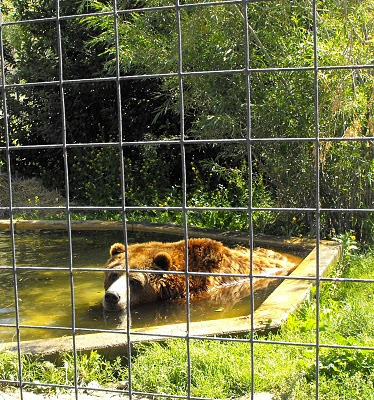 Sheba enjoys the cool water
It was a hot day and although it took her awhile, Sheba was able to get into the pond to cool down for awhile.  She is aware of things around her but is really not too interested in anything she sees at this moment. 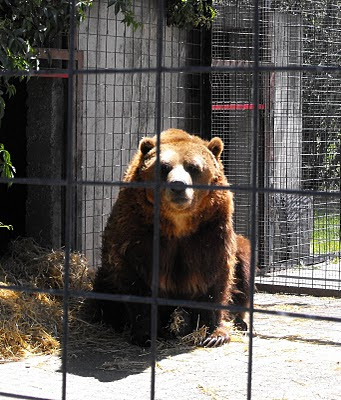 Sheba
It was recently announced that Sheba will be put to rest in a quiet spot at the park to be remembered for her many years of being a star in the BC Wildlife Park. She will be missed.
Posted by Sheila and Keith at 3:04 PM