We had a fairly wet springtime in Kamloops which led into a not so normal summer entrance, too.  We’re more likely to expect a short Spring leading into early summer weather before it officially arrives but that doesn’t seem to happen like it used to. 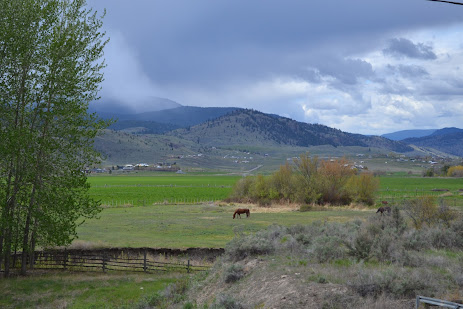 One benefit of a prolonged springtime with plenty of rain is the green hills.  Another benefit is that we’re not as likely to have the fire hazard that we’ve had in past years, although we will still have them.  With the lightning strikes being the cause of some fires. 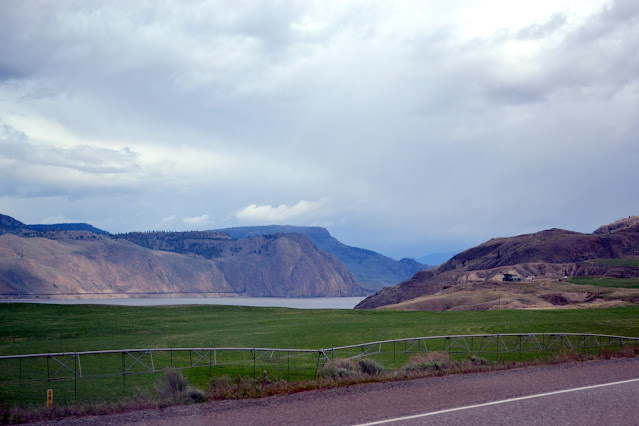 Ranch land must benefit from the rain but then the hay cropping time can be affected, with a few dry days necessary before it can be cut.  So no matter what the weather in this semi-arid country does, it doesn’t always fit the ‘program’.  As the saying goes, “it is what it is”.  So we accept what Mother Nature gives us and adjust our plans accordingly. 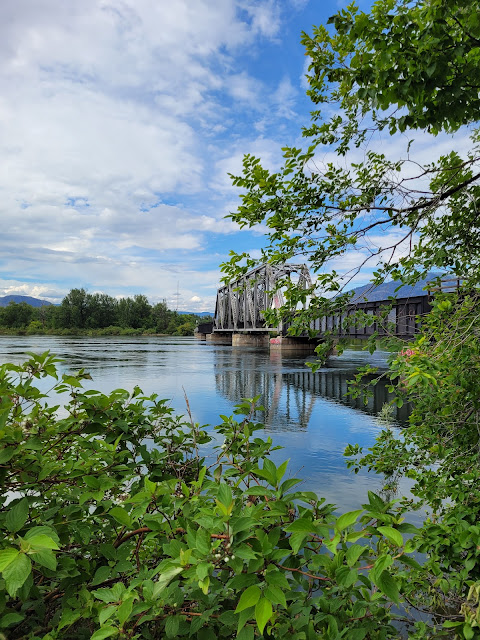 We’ve been on ‘flood watch’ for awhile but that seems to be slowly receding and we can almost relax now.  We’ve been luckier than many other areas who were not able to avoid flooding, but credit must be given for the preventative measures that were taken and do help. 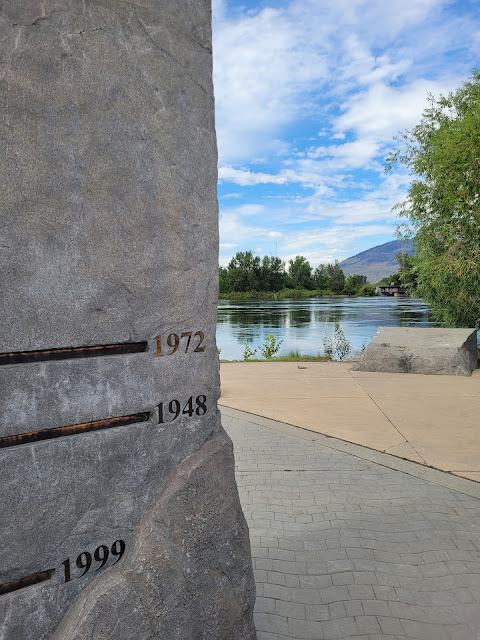 Monument in Riverside Park
This monument marks the flood level that occurred in previous years.  Kamloops has had several flooding experiences, one of which we had to personally deal with, shown here.  That was 50 years ago now, and plenty of preventative measures have been taken since then. 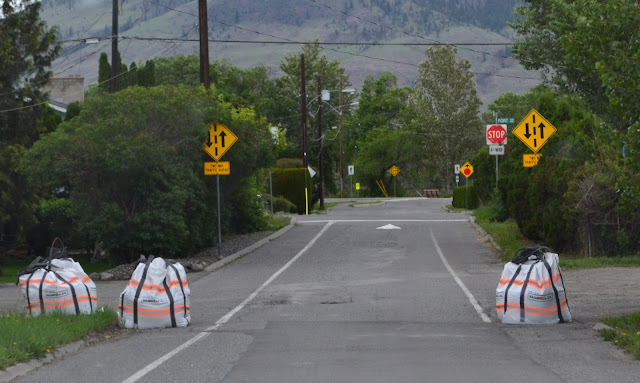 Large sandbags can be seen around the city at the time of high water levels, covering the drainpipes to prevent the water from coming back up. This likely prevents a lot of large puddles and flooding to appear on the roads also going into lower yards and basements of homes. 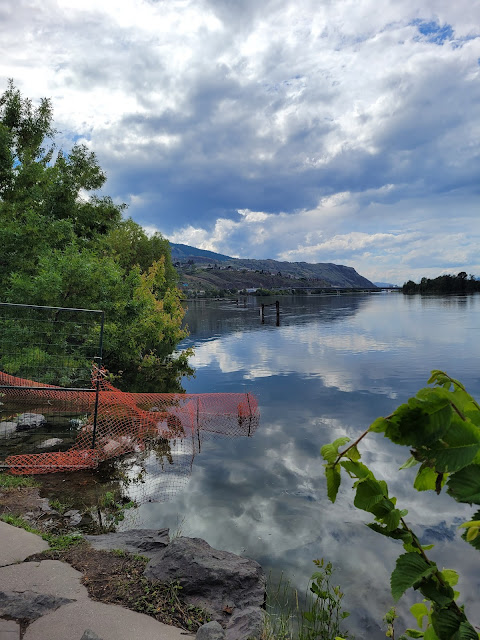 Our visit between rain showers was made to Riverside Park recently to see the river level now that most of the snow has melted which adds to the levels.  It sounds like the biggest threat of flooding has passed and we can relax a bit. 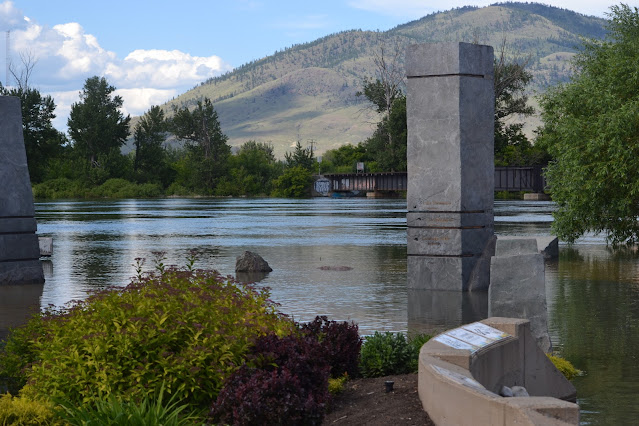 It was five years ago that the level was higher and water covered part of the parking lot here. That time allowed us to walk through the park but there is city construction going on in the park now which blocks much of it off.  With high snow levels, prolonged cooler temperatures and more than normal rain in the spring seeming to become the norm, we are likely to expect seeing high waters yearly, hopefully just for interesting photos and not for flooding. 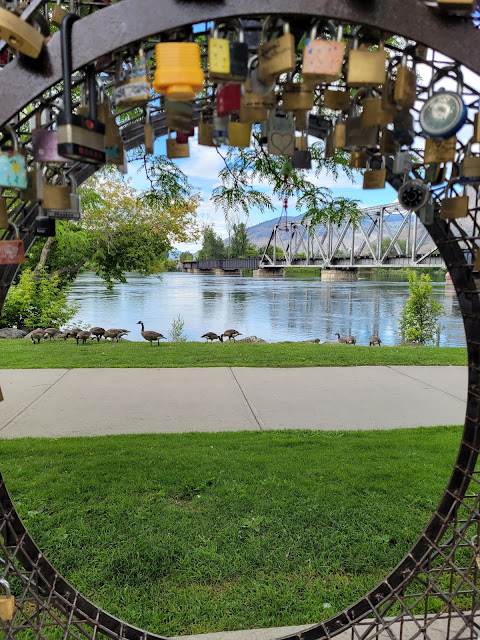 There was a flock of Canada Geese enjoying the buffet the grass offered them, and made for a nice framed photo using the “O” in the art in the park here.  They're regulars to our parks and as much as they can make a mess, they're great lawn ornaments, imho. (:

There is always Hope

This artwork called ‘Locking in Hope’ has been here since June 2019 and has collected so many locks.  It is a partnership between the City of Kamloops and the Kamloops Food Bank serving as a fundraiser for the Food Bank.

Weather as we knew it has made some changes but there is always hope that we can enjoy what we do get.  There is just no place like home.