Hoodoos are the results of over 10,000 years of erosions and offer a very interesting landscape to our Kamloops area. There are several places to visit the hoodoos but on this day we followed Shuswap Road on the north side of the South Thompson River. A nice drive along Shuswap Rd will bring you out to LaFarge Cement that is east of town and you’re able to cross the river at that point, or you can carry on that road to see more. 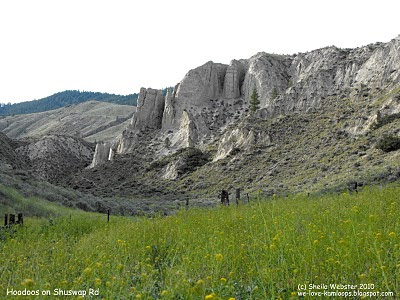 Hoodoos on Shuswap Road ~ Kamloops, BC
There are several spots that you can pull off the road if you wish to get pictures but nothing that I saw that could offer hiking from this part of the road. Most of this land is private or on Kamloops Indian Band land so do not trespass on these properties but enjoy the view from the roadside. 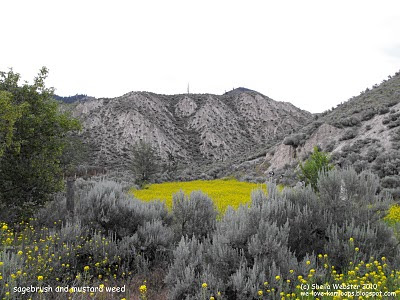 Mustard weed is a regional noxious weed that is seen all over this area. A noxious weed is typically non-native which means it also comes without the insect predators and plant pathogens needed to keep it under control. This also creates problems with other local crops that are choked out by this aggressive growing plant. This definitely makes the mustard weed a problem but it does make for pretty color in the fields. 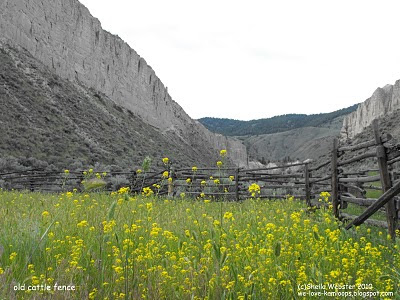 There are signs of days gone by with the fence we saw roadside. These were used to corral the cattle or horses that would then be put into trucks for delivery. 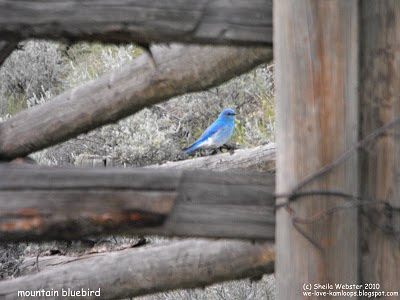 Mountain bluebird ~ British Columbia bird
A surprise visitor to the old corral was this beautiful mountain bluebird. I have never been a birdwatcher so didn’t know what this one was, and it looked like it could be a budgie bird with those beautiful colors.

Now that I have seen my first mountain bluebird, I have actually seen two more. I believe this to be the male, as once I saw the next pair, one has a lot less color, I would take that one to be the female.  More research tells me that an immature male mountain bluebird will resemble the female in color. 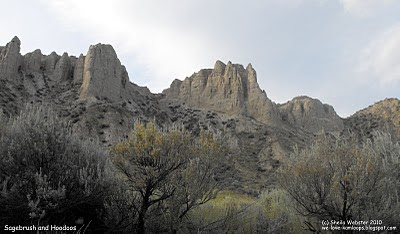 Sagebrush and hoodoos ~ BC Travel

Sagebrush is also a part of the Kamloops region landscape. It is a coarse, hardy silvery-grey shrub or tree that can grow as tall as 3 meters (10’) but is more typically 1-2 meters tall. They’re common in arid sections of the country and have a yellow flower in season. 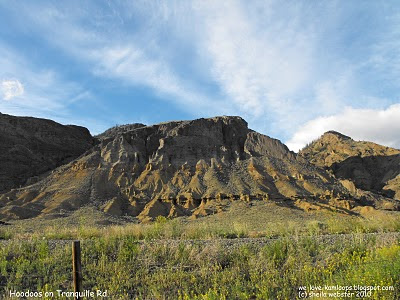 Hoodoos on Tranquille Rd Kamloops BC
Hoodoos may offer some great hiking but I cannot speak from personal experience. Just west of town out past the airport you will find cars parked on the side of the road on most weekend mornings.


I have heard that this is one place that is a good spot to find the trails to see the majestic hoodoos from up close. We took an evening drive out on Tranquille Rd to see these hoodoos and the only sign of life we saw on this evening were the mosquitoes. If you’re evening hiking, I suggest you take the bug repellant with you. 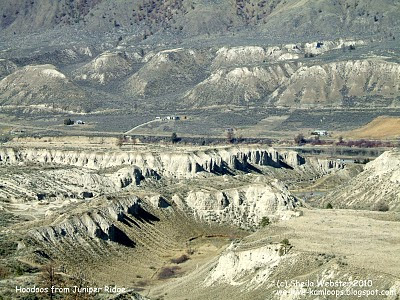 Hoodoos from Juniper Ridge Near Kamloops BC

We love Kamloops and this shows another reason why there is no place like home !
Posted by Sheila and Keith at 5:11 PM 1 comment: 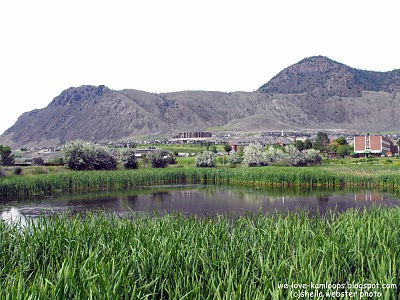 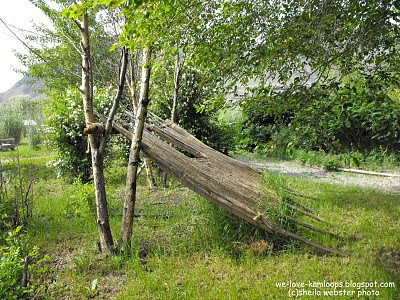 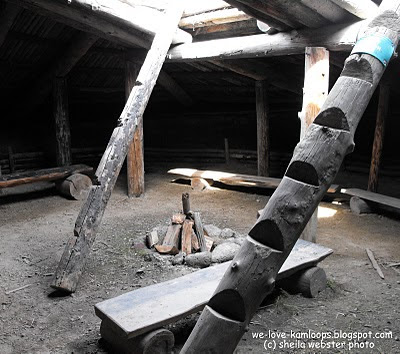 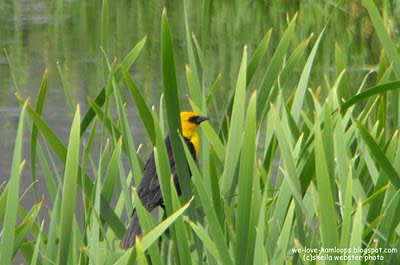 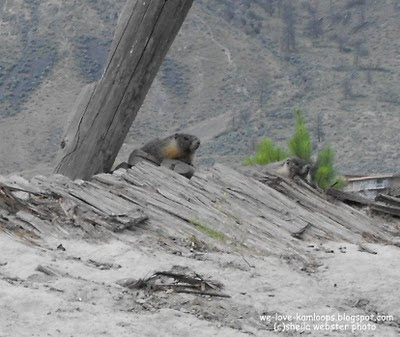