We love and all that it is which includes some of the historical places that have made what it is today. One of the many places of interest to me is called Tranquille and I was able to take pictures while most original buildings still exist.  I remember it as a hospital for the mentally handicapped, but it began as the King Edward V11 Sanatorium at Tranquille in 1907.

The King Edward Sanatorium was opened for tuberculosis patients and was one of only a few in at that time.  The Fortune family ranch at Tranquille had been purchased by the Anti-TB Society and the original farmhouse was used to house the ill until the sanatorium was built, partially with the gift of money from Sir Ernest Cassel, given to King Edward to do with as he wished for this project, hence the naming of the building.  It was built to house those with ‘consumption’, one in ten people were contacting the disease at that time.  A cure was found in 1957 and the TB sanatorium was then closed. 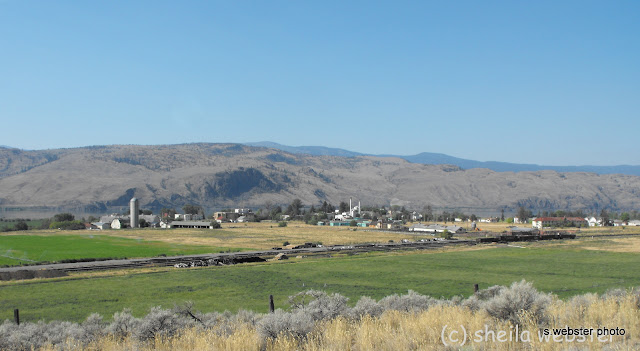 King Edward Sanatorium, Kamloops, BC
The sanatorium, most commonly called Tranquille today, was not welcomed by the local townspeople due to their fear of contacting tuberculosis. Kamloops was chosen for its climate and the only treatment for tuberculosis at the time was plenty of rest, fresh air and a proper diet.  The former Fortune ranch continued to operate as a cattle ranch, Holstein dairy cows were also brought in. There were chickens and pigs raised for their contributions. It was a busy working ranch and this made the sanatorium as self-sufficient as possible. 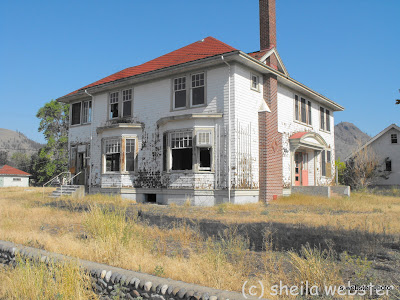 Doctors House at Tranquille Sanatorium
Residences were built for staff that worked and lived here and this one belonged to the doctor for the sanatorium.  The main building was completed in 1910, the administration building in 1912, nurses residence completed in 1913 and the east and west pavilions were built in 1914 and 1915. 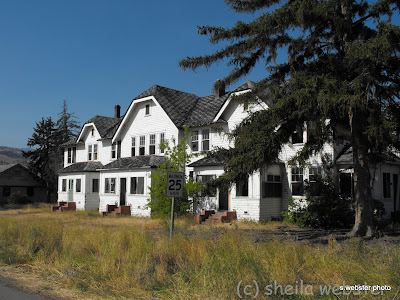 Residence at Tranquille Sanatorium
There was housing built for many of the staff but I wasn’t able to determine how many lived here during that time.  There were 450 on staff when the sanatorium was closed down but not all of them would have lived on site.  I do know that this speed sign in the photo was not there during the early days, it is in kilometers. 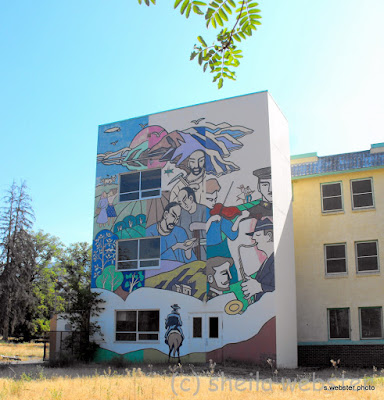 Greaves Building at Tranquille Sanatorium
Mr. J.B. Greaves, the owner of Douglas Lake Ranch left money for the Anti-TB Society upon his death.  A new building, built after the government had taken over in 1921, was named after Mr. Greaves.  I couldn’t find any information on the mural painted on the building. 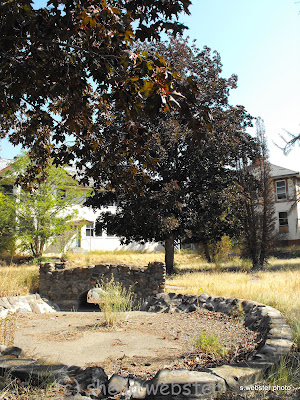 Sunken Garden of Tranquille Sanatorium
There is very little left of the once beautiful sunken gardens at the Tranquille Sanatorium but it is a quiet spot where one can only imagine what it would have been like many years ago when those who lived here could enjoy a walk through the garden. 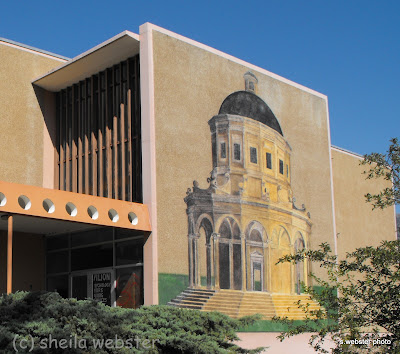 Mural on Main Building at Tranquille
We drive past the bird sanctuary, part of the Tranquille Wildlife Management Area, on our way to Tranquille, which adds to the beauty of this area.  One of the first sights we see as we approach the old Tranquille Sanatorium is the mural on the end of the main building. I would like to offer more information about the murals but nothing has appeared on my search to explain them. 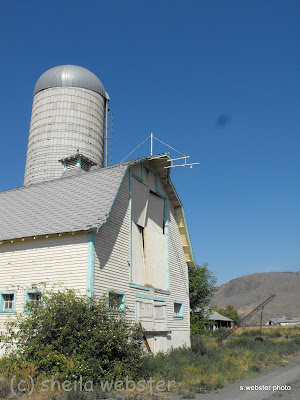 Old barn at Tranquille, Kamloops, BC
In 1958, the sanatorium was opened as an institution for the mentally handicapped and remained that until it was closed permanently in 1984. It was a major employer for with up to 600 people working here, still quite self-supporting with the ranch. 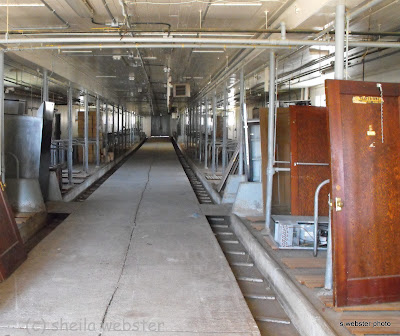 Dairy barn at Tranquille, Kamloops, BC
The dairy barn still looks in good repair in this photo.  There is no way that I would want to wander around in here, as I am sure there are some other kinds of ‘animals’ that now reside here and I wasn’t wanting to meet any of them, but a quick look inside for the picture was great. 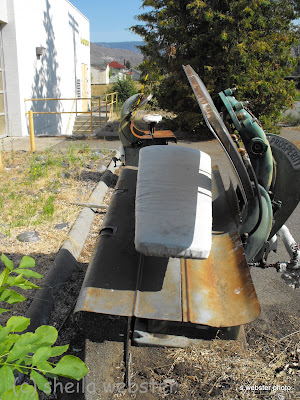 Laundry press at Tranquille Sanatorium
The laundry was done on the premises and although I didn’t go into the building to see the laundry facility, I did see an old press that was sitting outside, rusty and long past being useful but an interesting piece to see. 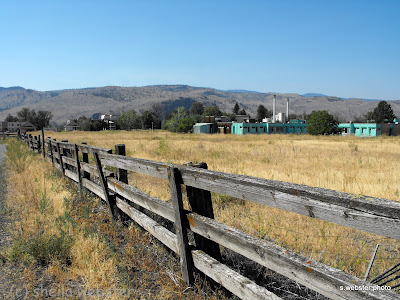 The old school house at Tranquille, Kamloops, BC
There have been stories for years that Tranquille is haunted. This makes for great story telling and movie making and has been the location for several movies in the past, not all scary ones.  This was  home to many people and hopefully it can be remembered for its glory days rather than haunted.

It is always sad to see something as important as this once was to those that lived here as well as the history of the area to be in the condition it is now in. Many had hoped that buildings could be refurbished to be used and appreciated once again, but circumstances have prevented that. There now is a plan in place that will restore the buildings that can be restored and to demolish as few as possible. We can only hope this becomes a reality and that many will be able to enjoy this beautiful place once again. Check this link to view some of these plans for the future.
Here is a current update to April 2013.

Kamloops has a lot of colorful history to enjoy, just another reason why there is no place like home.
Posted by Sheila and Keith at 7:22 PM