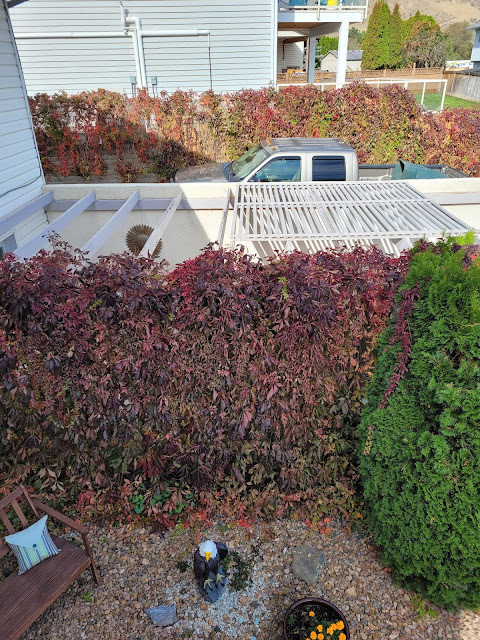 Virginia Creeper
The autumn colors of October first caught my attention in our back yard when our vines were turning their predominantly red colors.  This hasn't always happened, often in the past it seemed they preferred to just die and fall off so this was very welcomed.  This is a Virginia creeper, part of the grape family with fruit the birds can enjoy. 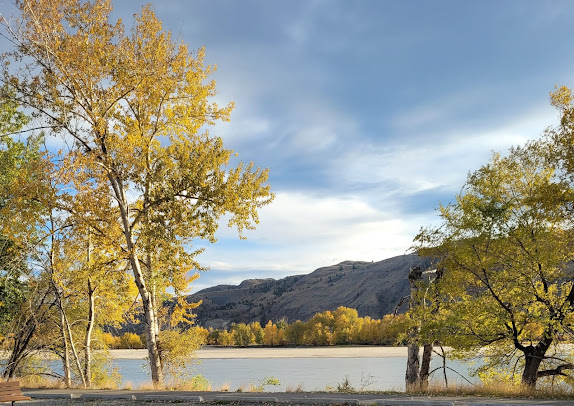 Thompson River
The Thompson River, seen here just down from where the North and South Thompson Rivers meet, flows past MacArthur Park where views of the south side show wide sandy beaches. 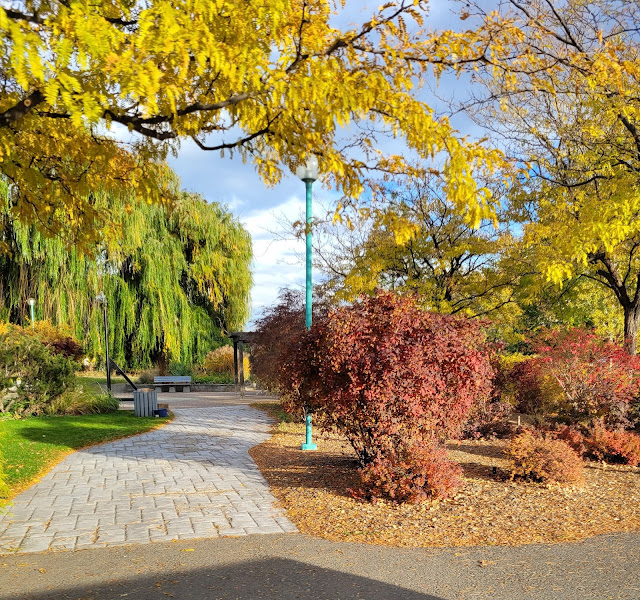 Xeriscape Garden
The xeriscape garden is a peaceful stop if you're out walking MacArthur Park.  It is a great example of plants easily grown in the Kamloops area, which only gets about 250mm (under 10 inches for us older folk) precipitation annually.  Xeriscape means "water conservation through creative landscaping" so works very well for our climate. 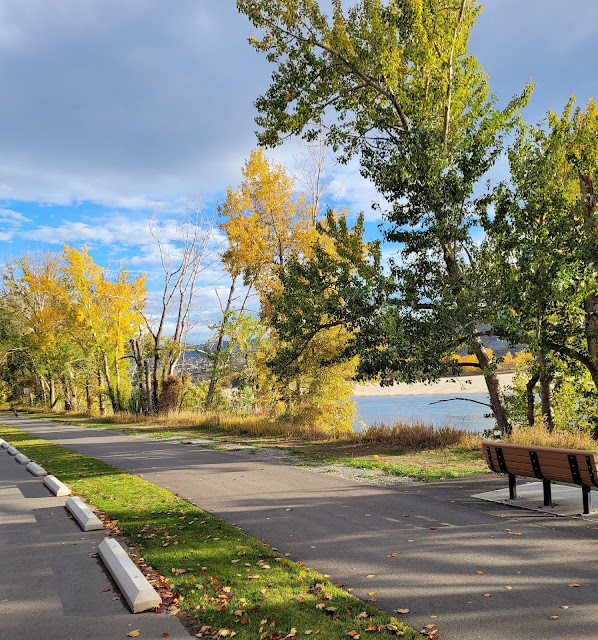 MacArthur Island Loop
This shows part of the MacArthur Island Loop which is a total of 3.1 km (2 mi) or shorter if not all of it is walked.  It circles around the outside perimeter of the park and gives access to everything there.  Room for walkers, runners, bicycles and skateboards, too. 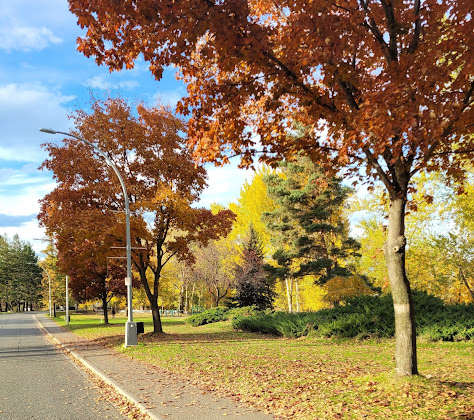 Sunny day with fall colors
A playground was recently added near the Soccer Association Clubhouse, I didn't get a photo but it had so many families there whenever we were nearby.  MacArthur Park has almost anything one might be looking for whether it be for sports as a spectator or participant.    A park our city can be proud of. 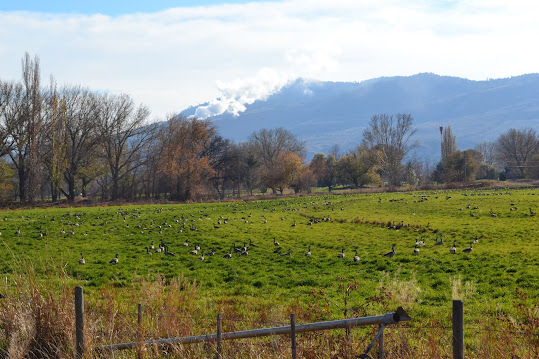 Canada Geese
While taking a drive out to Cinnamon Ridge to drop off the last of our Hallowe'en pumpkins, we saw fields and fields of Canada Geese.  This was the largest crowd in one field but there were thousands of them in fields along the roadway.  It is common to see flocks of Canada Geese in Kamloops but we've never seen such large flocks before. 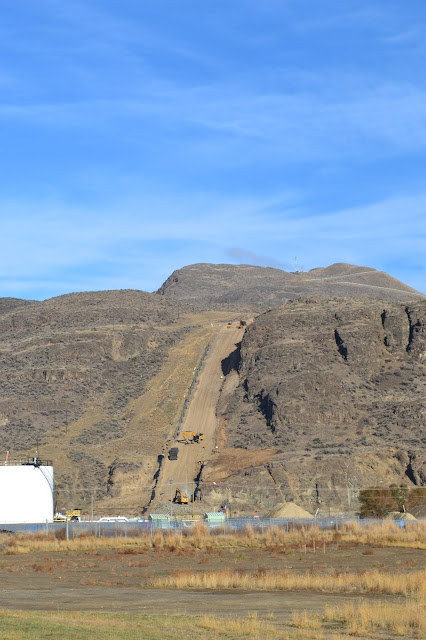 Pipeline work
The construction of the pipeline has been ongoing for awhile now.  This is the hill seen above the airport.  The grade is very steep but thankfully we've not had any snow yet up to this point, the beginning of November.

An up close view of the grade the pipeline is following doesn't look quite as steep in this photo but it was IMHO.  It was a beautiful day for a drive November 2, 2021 with blue sky and sunshine.
There is just no place like home!
Posted by Sheila and Keith at 3:04 PM No comments: