I don’t think there is anyone in Kamloops who isn’t aware of the CIBC Run For the Cure. The volunteer based fund raiser has an incredible group of individuals that work hard all year to make sure this is a successful event. There are hundreds of volunteers who help out on Run day and at other events leading up to that, as well as participate in the Run. 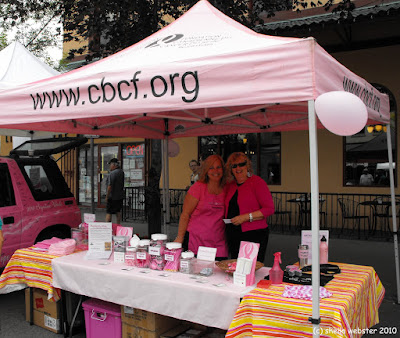 Leslie & Adele volunteering
Two amazing volunteers who have been involved over many years are Adele and Leslie, shown here donating their time at the Hot Nights Car Show in August, to get the word out about the upcoming event, to be held this year on October 3, 2010.
The Run was originally created by a small group of volunteers in 1992 and has since grown into the largest single day fundraiser for breast cancer. It didn’t take long and there were cities all across Canada becoming involved in the Run For The Cure. 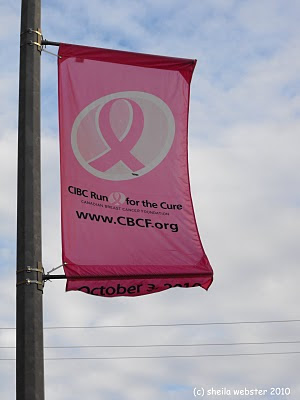 Banners on display
The Canadian Breast Cancer Foundation CIBC Run for the Cure is Canada’s largest volunteer-led fundraiser event done in one single day. It is dedicated to raising funds for breast cancer research, education and awareness programs.
In 2009 there were 56 communities with 170,000 Canadian participants who raised $26.5 million dollars for the cause, and 95% of the funds raised stay in the region they were raised it. 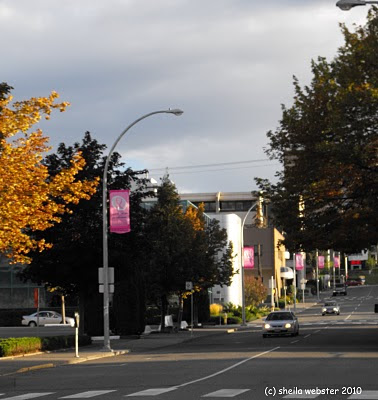 Banners decorate the streets of Kamloops, BC
The Run is the fundraiser and final event of the year but prior to that, there are volunteer appreciations, fund raisers as well as special recognition to those who have survived breast cancer.

As someone who was involved on the committee in this organization for a few years, I can say that it definitely has its’ own rewards and I would recommend it for anyone who wishes to offer some of their time, no matter what capacity. You can be involved by registering to enter, donating funds or volunteering.

Posted by Sheila and Keith at 2:13 PM